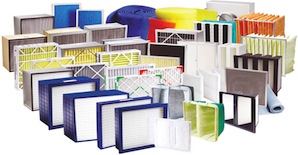 Born and raised in Memphis, Tennessee, Cannon Smith; full legal name, Frederick Buchanan Smith, is the son of FedEx founder and CEO, Frederick W. Smith, and the youngest son of 10 children.  Smith spent most of his youth playing multiple sports, with a particular focus on football as both his brothers went on to play college football, as did his Father.

He graduated from Olive Branch High School in December of 2006, a semester early with a 3.8 GPA. He achieved several awards and was named an Army All-American for his performance on the football field.  Cannon accepted a full athletic scholarship to the University of Miami where he majored in Business Management, before departing to finish his collegiate career in his hometown and play both quarterback and safety for the Memphis Tigers and get a Bachelor’s Degree in Interdisciplinary Studies.  After finishing college, Smith was signed to the St. Louis Rams as an undrafted free agent following the 2013 NFL draft.  He suffered a knee injury that has put a halt on his pro football career and subsequently was released from the Rams.

Knowing football could not last forever, Smith looked to diversify and get into several new opportunities and ventures.  Cannon met Les Hooper through mutual friend, former teammate and roommate, John McArthur who is now COO of HMS Energy Solutions, which stands for Hooper, McArthur and Smith.  Together, along with several other important business partners, including Les’ wife Tammy, have formed a joint operation that we are very proud of and want to share with the world.

HMS is the proud owner of flagship products such as Arctic Energy RLE, and distributors of the HMS Green Fleet products.  HMS is committed to bringing value to our customers and over delivering on both energy savings and reducing maintenance costs, while also helping the environment simultaneously. Our primary goal is to ensure we possess a very happy and satisfied clientele and customer base.  Smith also spent time working construction, often in the capacity as a “substitute general contractor”, on several projects, both residential and commercially.  The experience has left Cannon with a lot of knowledge on the workings of both construction and managing large scale projects.

Smith is also the co-owner and Director of Marketing and Sales of an upcoming, locally based distillery, making and bottling Pyramid Premium Vodka, which is set to launch at the beginning of September 2014.  He also is working in the film business as a small role actor, and is currently working on getting his stunt certifications.  Cannon comes from a strong line of entrepreneurs with his Father starting FedEx, a sister who owns her own business in Nashville and another that has her own movie production company based out of Los Angeles called Black Label Media.

Smith brings a creative mind to the team, that is capable of managing large scale projects and helping with day to day operations. He also brings with him a strong network of connections in the business world and is intent on being in business with the right people, where everyone is mutually benefited.

Cannon Smith possesses traits of being a hard worker and is heavily invested into making HMS Energy Solutions a successful company, and a household name that people respect and trust.